(In Arabic) Translated By Google Translate (We Apologies For Translation Mistakes)

We Are Instafore’s Representatives In Pakistan And Teach Instaforex’s International Level Approved Forex Training Course
One Hour Class Is Conducted/Held Daily (Classes Duration Is 9:00 AM To 11:00 PM). You Can Join In Any Time Slot.
You Can Attend The Class No Matter Wherever You Are In The World As These Classes Are Conducted/Held Online Using Teamviewer And Skype.
Training Fee Is 10,000.
Instaforex Emphasizes That You Must Acquire Training And The Additional Benefit It Offers Is That Your Fee Is Returned To You.
The Method Of Getting Your Fee Back Is As Following…….

01. You Start The Training Be Paying The Training Fee Rs.10,000 PKR. ( $ 100 USD).
02. When You Complete The Training Classes And Invest At least $100 USD In Your Real Trading Account From Your Pocket Then We Inform Insta Office That This Particular Student Has Completed His Classes.
03. Then Extra 100$ Are Deposited In Your Account From Instaforex And Your Account Turns To 200$ (It Is Called Education Bonus And This Way You Get Your Fee Back. With That You Can Easily Conduct Your Trading).
04. It Means You Spend Total 200 $. 100 $ For Training And 100 $ For Investment And Your Account Remains The Same 200$ After Getting Your Fee Back.

Thus Your Fee Is Returned To You.
Instaforex Is The Only Organization In The World Which Emphasizes That You Must Acquire Training. But As Everyone Can’t Afford The Training Fee Therefore When You Deposit 100$ In Your Trading Account After Completing Your Training, We Send Your Details To Insta Head Office And Instaforex Provides You Education Bonus So That You May Not Have To Bear The Burden Of Training Fee And You Could Conduct Your Trading Easily. Thus Your Training Is A Sort Of Free.
For More Details Please Contact Us +92-300-6561240

In Classes We Teach Complete Technical Analysis With Indicators, Chart Patterns, Trading Strategies, Fundamental Analysis, When To Buy Or Sell, When To Open/Start A Trade, How And When To Close The Trade To Get Maximum Profits And Much More.

What Do Forex Traders Do?

Basic yet important things every trader should know.

If you hear from anyone that making money in Forex is easy, do not believe it. It is a myth. The truth is – being profitable in Forex requires a lot of work, dedication, practice, more than a good discipline, sharp knowledge of money management and understanding of the psychology of the currency market. Not so little and therefore not so easy…

Trading Forex was never about gambling

Trading is not a gambling by guessing where the price will move, although there are many traders (mostly beginners) that are exactly gambling… Trading currencies on the Forex market requires logical and analytical calculations based either on fundamental or technical analysis of price moves.

Making money in Forex requires a set of rules

Making money starts with a plan to make money. Such plan is of enormous importance when it comes to trading foreign currencies. But, besides creating a plan, a trader needs constantly follow it. How often trader brake his rules will affect how much money he will make trading Forex. Sounds simple: create and follow… However, there is a real challenge when trader follows the rules but rules fail to make money… it happens inevitably for every trading system known. If system had proven to be successful, sticking to the trading plan and firmly following the rules even when losing money will eventually yield profitable outcome. Having strong trading discipline and taking losses when necessary is a sign of serious trading approach.

To profit in Forex sticking to a set of rules is not enough. Good money management is also needed. Knowledge of how much to trade per each open position and where and when to stop – is what separates successful trader from bankrupt trader. Many beginner traders over-leverage themselves being attracted by big and promising leverages offered by Forex brokers. The truth is that a big leverage is not only about a big win, but also when it comes to be so – a big loss. Leverage higher than 1:20 will not attract serious investors.

Know your losses, before counting profits

Opening a new trading position must be first of all about how much money may be lost and then what would be the profits. Good money management implies that trader is expecting to win at least twice as much as he could lose on each trade. This way being right only 50% of the time will still make trading profitable.
Using good money management in Forex trading is hundred times more important than having any great trading system itself.

And last but not least is trader’s psychology. Going in profit or losing money always create psychological challenge for trader to act responsively. Not being greedy and also cutting losses short is the key to this game.
Trading Forex you need to accept losses. They are inevitable and occur in any money involving operations. Therefore, instead of battling losses trader needs to accurately analyze unfavorable situations and take lessons from losing trades.
Every experienced trader would also suggest – there must be no attempts for revenge when losing money. Trying to return your money at any cost will put a trader in deeper troubles. Instead, the trader should return to trading rules and honestly analyze own mistakes, accept that the market was not in his favor and try to improve the trading plan for future success.

Successful traders are learners, what about you?

And finally, even successful traders are constant learners. Up-to-date knowledge about Forex market opportunities is what also makes them continuously profitable in their trading career.

FOREX (or FX as a short abbreviation) is a global currency exchange market where foreign currencies from all over the world are bought and sold for profit.

FOREX is the largest and most liquid market in the world

Forex is the largest and most liquid market in the world where trillions of dollars exchanges take place every day. That’s an enormous money flow. No stock market exchange in the world come close to these numbers.

Currencies in the Forex market are traded 24 hours a day 7 days a week. Market literally follows the sun around the world. Trading moves from major banking centers of the United States to Australia and New Zealand, then to the Far East, gets to Europe and finally returns back to the States.

Trading FOREX is all about exchanging currencies

Trading on Foreign exchange market simply means buying of one currency and selling another at the same time. In other words, the currency of one country is exchanged for currency of another country at the current exchange rates.

While in the past Forex market was not available to small investors (individuals) due to large minimum transaction sizes, today Forex brokers are able to break those large sizes into a smaller unit lots and thus offer small investors an opportunity to buy or sell currencies side by side with regular core Forex market investors such as large banks, central banks, multinational corporations, hedge funds and other financial institutions.

Being incompetent in FOREX can be expensive

Forex market is huge and plunging into trading without knowing its rules, will be equal to swimming in the pool with ocean sharks. The dominant Forex players such as banks and hedge funds have a power to influence market moves and currencies exchange rates. For inexperienced traders investing own money in such game is as risky and uncertain as gambling. It could turn into a million fortune only in a couple of weeks or become a disaster for those who was ignorant in learning.

Forex brokers offer very big leverage to individual investors. A trader can trade at huge leverage as much as 300 to 1, meaning that for every dollar trader puts in for trading he can trade $300. For example, having an account equal to $1,000 trader can trade as much as $300,000.
It is a huge opportunity, but it also is very dangerous. No experienced trader will ever trade with such big leverage unless he has a really strong argument for a particular trade, and even after that it is an enormous risk.

Trading in the Forex market is profitable, but only for 5% out of all beginner traders who start trading Forex. New traders need to learn the basics of trading well, and practice a lot on demo accounts before going real.

Like in every business, when trading money in Forex, trader gets paid depending on his knowledge and trading experience 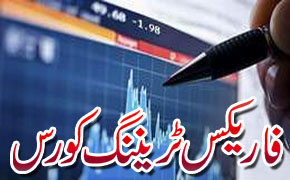 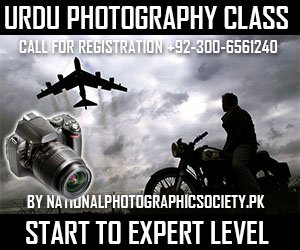